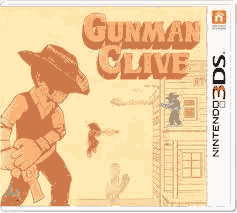 Gunman Clive is a platform game developed and released by Hörberg Productions in Sweden. It was originally available for Android on April 2, 2012. The story follows a lone gunslinger in a futuristic Wild West as he attempts to save the mayor’s daughter from a band of technologically advanced bandits.