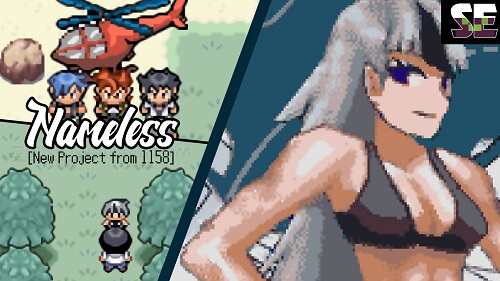 This is a brief walkthrough for Pokemon Nameless.

Episode1: Matar Island
Just keep going until Bruce and Galen ask you to find a key. Check out all the notebooks and the photo on the wall to find it.

From here on, the game is half open world. You can go wherever you’d like to go, the recommend level is the only thing which you need to care about. But of course, you can avoid all trainer battles and keep a pokemon which has Run Away ability to make it a completely open world game.

Tips 1: Be careful when you see the shortcut to get to the next destination. You might be overleveled. You can explore the region and go to the places where the recommend level is lower. If you still find the level curve is a bit intense, you can pay for battling the trainers or beat more challengers in the Battle Arena, you can even buy Rare Candys in Etamin Dept. Store.

Tips 3: Checking out the Town Map will make things much easier, some of the location names listed in here can easily be found by checking out the map.

There is a Battle Arena in Nashira Village, you can challenge the Lv2 and Lv5 Defender to learn Archery Lv2, but of course, you can simply ignore it to get Birdcall LvX early since it is much more useful than Archery Lv2.

You can go to some places to explore between the level gaps of each area, I highly recommend you to explore the following areas before going to Eamin City:
Sadr Path(Lv23)
Matar Island(Lv24-Lv25, you can find Lapras while surfing)
Kithalpha Path(Lv26)
Izar Path(Lv28)
Enif City(You can pay for learning Fossilogy in this city, which makes it possible for you to find fossils while mining, the chance of finding fossils will increase if you improve this skill)
Capella Path(Lv31)
Beid Path(Lv35)
Marfik City(Lv35, If you ignored the Nashira Battle Arena, you can challenge the Lv2 Defender to get Birdcall LvX, it can be used as Fly, if you missed this chance, then you can come back when you are about to challenge the Lv4 and Lv6 Defender.)
Furud Path(Lv35)

1.Enter the hideout from a door in the southwest corner of the city.

2.There are many useful things in this city, for example, you can buy useful items like Lucky Eggs in Ebin Co. You can buy Rare Candys in the Dept. Store, you can revive the fossils you found while mining in Hershel’s lab.

3. There is a Battle Arena if you go north from the city, if you challenge the Lv3 and Lv5 Defender, you will learn Strength Lv2, which makes it possible to move boulders around).

4. Ted is on Aludra Path, if you beat him, you can learn Craft Lv2 from him.

I highly recommend you to explore the following areas:
Giausar Path(Lv37)
Talitha Path(Lv38, the Battle Arena of Etamin City is here)
Peacock Path(Lv39)
Zosma Town(Lv40, you can learn Fossilogy Lv2 in here if you have learned Fossilogy Lv1)
Murphrid Path(Lv40, the Battle Arena is here, you can challenge the Lv4 Defender here to learn Swimmer Lv2, which allows you to get rid of whirlpools.)
Beid Path(Lv35, the Defender who teaches you Swimmer Lv3 is here if you have learned Swimmer Lv2, you must show him a Lapras to learn the skill, this skill allows you to explore the underwater areas, it is very important, so learning this is a must, Lapras can be found on Matar Island).
Caph Cave(Lv40)

Follow the storyline, talk to Vertice and go to Acamar Desert to find a cave which is blocked by a Dark Worker, beat him and keep going).
Kurhah Island(Lv42)-Acamar Desert(Lv46)

1. There is a person who teaches you Gambler LvX, but his recommend level is a little bit higher, so you can come back later, but learning this skill is not a bad idea.)

2. You can exchange the Coins you got in the Game Center for rare Pokemon or a Tyron Passport(9,999 coins required), it’s a nice idea to exchange coins for it since you will be rewarded in the future for this, so do make sure to get it before you begin with Episode 6.

3. The recommend level of Acamar Desert is a bit high, you should avoid the trainers and go to the cave straightly.

4.If you have the Tyron Pass, then you can go there from Cyeron Channel, do make sure to check out the recommend level, because many areas in the Western Tyron have too high recommend level for now.

I recommend you to explore the following areas before this:
All the underwater areas.
Acamar Desert-North(Lv46)
Graffias Town(Lv45, if you challenge the Lv4 and Lv5 Defender, you can learn Rider LvX, which allows you to ride a Tauros, just like the Bike. You can also learn Fossilogy Lv3 in this town.)
Mt. Antares(Lv47, you can learn Strength Lv3 in here, which allows you to climb the waterfall.)

I recommend you to explore the following areas before you begin with the storyline:
Kitalpha Cave of Kitalpha Path(Lv50, Needs Swimmer Lv2)
Camopus Ruins(Lv55)
Acamar Desert-South(Lv51, Ted[Lv55] will teach you Craft Lv3 if you beat him, this skill also allows you to make Exp. Shares with a handicraftsman in Graffias Town)
Chara Pyramid(Lv55)
If you have the Tyron Pass, then now is the time for you to explore the Western Tyron Region, most areas can be explored now, you can check out the recommend level to choose the areas you’d like to explore, the average recommend level should be Lv5X.

This one is a little bit special, you must go back to Monolith Village to activate this episode.

After the Champion was defeated, talk to Annete in Monolith Town, you’ll be given a Spiral Ticket. Then you can go to Spiral Island, you can explore this island and get some useful stuff, you can pay 1,5000 Poke Dollars for a Sevii Ticket, you can start the postgame event and get a Lande Ticket, if you want to explore Sevii Islands and Lande, then I recommend you to explore Lande first since you have to activate the Soar In the Sky feature in there.

You can meet some tough Trainers on Sevii Islands, you’ll be rewarded for beating them.

Episode 9: Belladonna Prison
Go to Belladonna Town of Lande, try to enter the prison and follow the story, the key is to make sure the officers won’t see you.
After the event, you’ll have to collect all 8 badges of Lande to continue the main storyline. After you got the badges, talk to rival to access the Mega Power Episode and Final Episode, you can skip the Mega Power episode for now and start it later. This episode talks about the story about what Chronya did when the story of Mega Power happened. So it contains the major spolier of Mega Power. For those who don’t want to see the spolier stuff, simply skip this episode and you can come back to it whenever you want.

Mega Power Episode(Beta 4 only):
If you skipped this episode after you showed your badge to Logan/Alma, then you’ll have to start it by talking to Logan/Alma in Gracilipes City.
Once this episode starts, go to Baobab City, battle Absolve and Professor there, go back to Gracilipes City, talk to Logan/Alma, go to Polygonum Path. Be prepared for fighting without your own Pokemon, which is easy but a tiny little bit risky. Finish the story in there, then go to Belladonna Town to finish the story in the prison, then head to Mangrove Town, find the secret ferry to continue. Be prepared for the ice puzzle and the final battle. Then the episode will end. After this episode ends, you can go to Betel Path to meet professor, then there’ll be a new hidden event about the final boss of this episode.

You can also go to the Prophet Palace after you get the 8 badges of Lande, you can challenge the Four Hermits in there, this place is quite similar to ordinary Pokemon League, you’ll exchange your badge for a Lande Medal after this.

P.S. There is a gym which cannot be easily found, you need to explore Eucheuma Path and go to Hibiscus Path from the west side to find a secret area of the forest and check out the tombstone in there to enter that town.

Final Episode: After Mega Power
There are only one or two events, firstly, you go to the hideout of Betel Path to talk to the professor, then you should be able to access the Battle Department. You can go to Orange Village to finish the last part of this event after this.

Battle Department:
This is the battle facility of this game, you must beat ten of the trainers in here and face the hoster to get an Ace Ribbon. 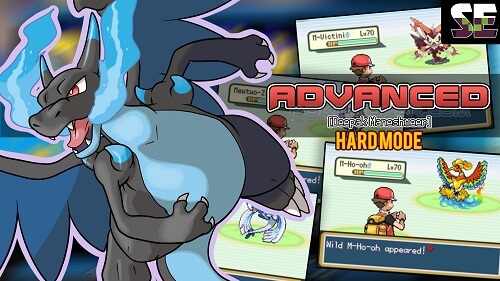